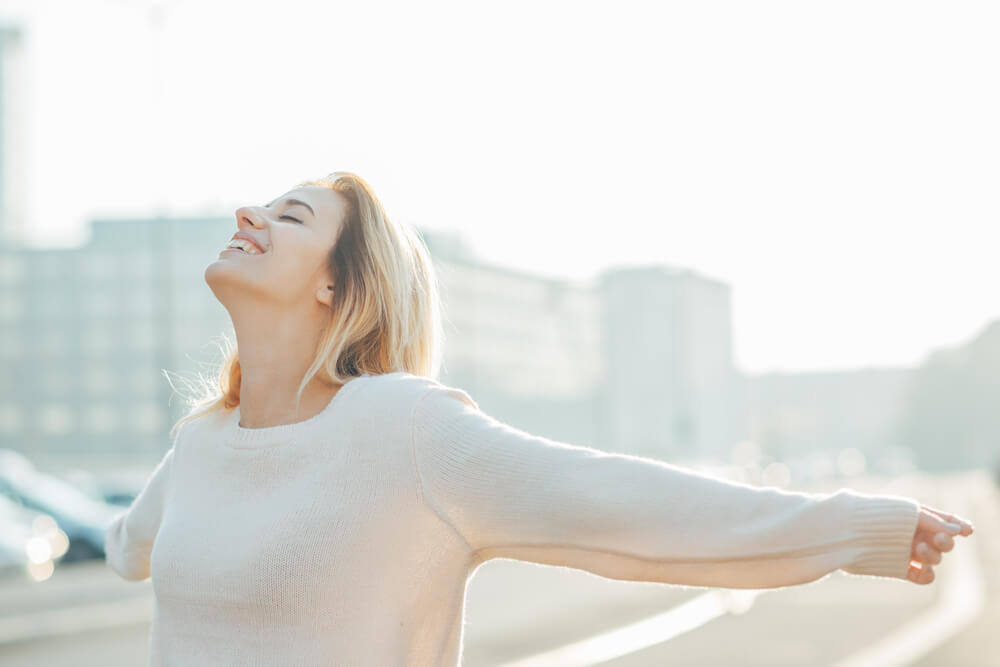 Survivors of domestic violence face many barriers when they decide to leave an abusive relationship. They may have limited resources, for instance, or lack the confidence and skills to provide for themselves and their children. At Haven Hills, we believe that everyone deserves to live a life free from violence. So, we break down these obstacles by providing specialized services and assistance to help survivors begin a new life.

Take Ellen and her three young children, for example, who had been living in a van for two months before finding Haven Hills. Ellen fled her abusive partner the night her six-year-old son stepped in between them to protect her. The abuse she endured was a constant in that relationship, much like it had been with her own parents’ relationship. But this was too much.

“I had no role models for what a relationship should be.” — Ellen, a survivor of domestic violence

The night Ellen fled, she put her kids in her van and drove with no idea where to go. She was unemployed, and her three children were six, five, and the youngest, less than a year old. After two months of homeless living in the van and out of money, Ellen made a call and got admitted into the Haven Hills crisis shelter. Almost immediately after that, Ellen landed a job at a factory and worked to save as much as she could toward getting her own place.

“I understand that it’s easier financially when you’re in a two-parent home. But now I see there’s so much I can do on my own, which encourages me to work harder.” — Ellen

Ellen’s employer, however, did not offer part-time positions at her job. So, she weighed her options for creating a better future for herself and her family with the help of our Housing Navigator. She could build her savings with this current job but knew that would not help in the long run. Instead, she decided that the best use of her time at our 18-month transitional housing shelter was to concentrate on finishing her diploma.

During that time, Ellen also attended support groups to work with a counselor to address the impact of witnessing abuse as a child and of being victimized in her own relationships throughout her life. And upon earning her diploma, she went back to work to boost her savings.

Together, our Housing Navigator helped Ellen plan for the future and advocated on her behalf to rent a two-bedroom apartment. A strong credit rating and a good start at savings went a long way toward getting Ellen approved. And through our Housing First program, we provided Ellen with financial assistance (a deposit and a few months of rent) to help her get settled into her new place. This aid will taper off as she adjusts to her new financial independence.

Ellen continues to be a saver; she shops at second-hand stores and closely manages the family budget. She is determined to buy her own house and is doing everything in her power to be financially independent.

“I used to sleep in a van with my kids. I won’t put them through that again.” — Ellen

Choosing between homelessness and abuse is no choice at all. Financial and housing assistance, paired with emotional support and counseling, make all the difference in empowering survivors to transform their lives. Each year, Haven Hills’ flexible funding provides critical housing access and stability to dozens of survivors exiting our programs so that they have a safe place to put their children to bed at night.

Back to all stories Next: Survivor Story #3